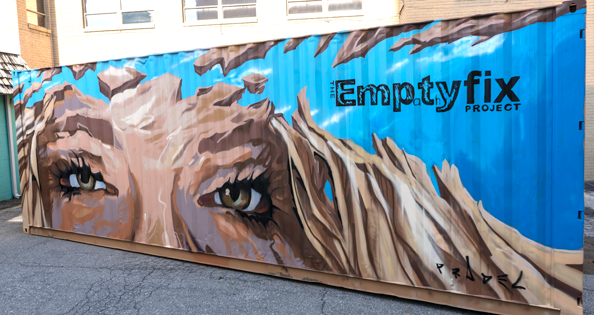 One interview early in my journey was key to my understanding:   A young man at a Salt Lake City homeless shelter advised me, “Rather than asking how drug use began, ask why an individual first chose to use a substance.”

My interviews immediately became more personal, more revealing. What I learned is that at the core of addiction lies psychological injury or trauma, isolation, bullying, neglect, abuse. In almost all cases, when asked about those first uses of a substance, interviewees took me on a journey back to their adolescent (and sometimes pre-adolescent) years and recounted often in surprising detail painful situations for which they were ill-prepared and unprotected. Even those who at first said they used drugs “to fit in,” upon closer examination, revealed underlying reasons steeped in psychological pain.

In city after city, people underscored for me the vulnerability of youth and ignited my fear for this current generation of children. Deep, emotionally supportive relationships with adults are too often crowded out by technology—both the child’s thirst for technology and the parent’s being tethered to it.  Nonetheless, children need nurturance by safe, caring adults.  Because many times access to drugs and psychological injury occur within the family context, one opportunity to save children is to significantly expand the budget for and the role of school counselors and psychologists.  Greater psycho-social support of children within the learning environment may prove critical to prevention.

Another fascinating observation was that the majority of my interviewees exhibited strong emotional intelligence  They were keenly attuned to their emotions and to my responses. They were very observant of their environments and demonstrated significant sensitivity to externalities—sound, light, temperature. In her book, “The Highly Sensitive Person,” psychologist Elaine N. Aron explains that 20% of the population is simply more sensitive that the rest.  What I conjecture is that highly sensitive people are naturally more vulnerable to psychological injury, and thus, to addiction.  Once there, they get caught in an addiction cycle because they have trouble breaking free from the stigma. If we can identify highly sensitive children when they are young—especially the ones exposed to psychological trauma–we can shield them by providing the resources they need to avoid addiction.

We all need to pay closer attention. Preventing drug addiction will take the entire village.

To communicate the harm of psychological injury and its connection to drug addiction, I bought a shipping container; found a fabulous muralist–Rodrigo Pradel–to paint it; and have filled it with child safety items that create a tunnel through which visitors pass.  As they walk through this mass of car seats, safety gates, water wings, hockey pads, bike helmets and more, from seven hidden audio speakers—seemingly out of nowhere—visitors hear voices recounting the injuries they suffered such as abandonment, family breakups, bullying, abuse.

Americans spend over a billion dollars a year on items to keep children physically safe.  What do we do to keep them psychologically safe?